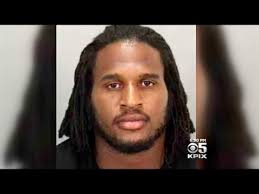 I am a big proponent of “second chances” for athletes that get involved in domestic violence situations because I know from personal experience that the situation is not always what it appears to be.  There are times when the woman is clearly the aggressor and she lies to the police and everyone around her so that she appears to be innocent of any wrong doing.

However, there are situations such as Ray McDonald where he is clearly incapable of controlling his behavior.  The 49ers gave him chance after chance to clean up is act but he just continued to be unable able to control his anger and reactions to certain situations involving women.  Ray McDonald is 30 years old and still behaves like a 20 year old and that is unacceptable.  At what point will he acknowledge that he has a problem and seek counseling for his issues be them anger or just plain stupidity.  When will men and women in bad relationships realize it’s not a good fit and move on?

The Chicago Bears gave him another chance to keep his job in the NFL and he has pissed it away being stupid.  The Bears did a good thing and there should not be any fallout from their decision to take a chance on Ray McDonald.  The media has to stop shining the spotlight on these situations and creating atmospheres of hysterics.  Is domestic violence wrong? Of course it is and I’m not trying to downplay what is happening but it’s not just occurring in the NFL and other professional sports.  My point is professional athletes cannot be the poster boys for domestic violence.  The Chicago Bears organization did nothing wrong!!!  Ray McDonald and Ray McDonald alone caused his own demise.  Clearly, he convinced the Bears organization that his troubles were behind him and they are not.  He needs psychological counseling and if this latest incident involves the same woman she needs counseling as well because the relationship is toxic and they don’t need to be together.

I am tired to women staying with men because of their status so they can go to parties, walk red carpets, shop and sit at home doing nothing.  All of this comes with a price when you are in a relationship with a fool like Ray McDonald.  Clearly, he does not want this woman because if he did they would not continue to have these brew ha, ha, ha’s.

Ray McDonald is the product of a two parent household and his parents have supported him during his many arrest but It’s time for them to take off their rose colored glasses because they can’t see the forest for the trees.  It is obvious that he has a problem and is in an unhealthy relationship that should have ended some time ago.  If he has not saved any money from his time in league, shame on him because his chances of receiving another opportunity to play in the league are SLIM TO NONE.