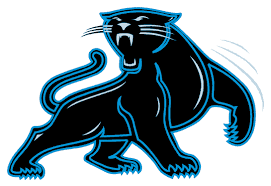 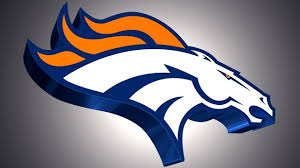 Broncos vs. Patriots: A number of people were surprised that the Patriots lost. I knew the Patriots would not win in Mile High against the Broncos defense. As I’ve said before, defense wins’ games. Peyton Manning did a phenomenal job of managing the clock and the Broncos defense cut off Brady’s passing options. Tom Brady threw 56 passes, which is something he always does and that’s because they don’t have a good defensive unit nor do they have a running game. It’s asinine that a quarterback has to throw 56 passes but that’s what’s happening in the League because the media has owners believing that’s what fans want to see and that’s not what we to see.

Like I heard someone say: “The Patriots lost, all is right with the world.”

Panthers vs. Cardinals: The Panthers destroyed the Cardinals and I knew they would. That’s not to say that the Cardinals are not a good team but at the end of the day, they could not stand up against the Panthers defense or offense. Cam has been and continues to be a great leader for the team. He plays with so much energy and it’s contagious for his teammates, which is very important for any football team.

Prediction: Do the Broncos have a chance against the Panthers? No. 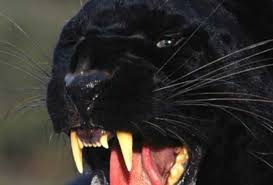 Chiefs vs. Patriots:  The Chiefs deserve to lose.  The game should not have been rocket science.  All the Chiefs defense had to do was blitz Brady, force him out of pocket and you have a game but the defense never got to him.  Why? Come on Andy Reid, did you watch any film or were you fooled by  Belichick’s “Jedi Mind Tricks”?

Steelers vs. Broncos:  In close games the player carrying the ball must hold on to it in order to win.  Toussaint’s fumble cost the Steelers the game.

Cardinals vs. Packers:  The Packers did a great job of getting to Carson Palmer and it showed the weak link in the chain for the Cardinals.  At the end of the day, I stand by the fact that the Packers needed Jordy Nelson.  It’s not about Aaron Rodgers like some of the so-called sportswriters keep yammering on about.  These people need to write about the game and stop making their comments personal.

Panthers vs. Seahawks:  The Panthers proved why they are 15 — 1.  If there was ever a team that could beat them, it was the Seahawks.  A word of caution to the Panthers, scoring 31 points in the first half and not scoring again can be a very costly mistake. 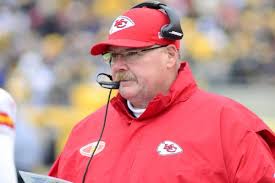 Chiefs vs. Texans:  The Chiefs are just quietly winning and no one has been paying much attention to the team.  The Chiefs tore the Texans to pieces.  I think the Texans coach made the wrong decision when he started Andy Dalton, who was just returning from concussion protocol.  Weeden was doing well, he should have played it like the Broncos and let Andy come back and get into a rhythm.  I know a lot of people don’t agree with me but I don’t see anything wrong with playing two QBs.  As for the Chiefs, they have a big test coming up with the Patriots.  Although the Patriots are banged up, the Chiefs can’t be intimidated by Tom Brady.  Alex Smith has to come into the game with confidence that he can win.  Also, the Chiefs have to stop the Patriots short passing game.  Brady is not one for throwing a lot of long passes but he kills teams with short passes because his receivers always, always, get additional yards.  Brady’s passing game is the Patriots running game.  The Chiefs have to force Brady to throw the ball long because once they do that, he is prone to interceptions and if they can capitalize they have a shot at winning the game.

Steelers vs. Bengals:  The Bengals should have won the game but the penalties and fights on the field between both teams were just stupid.  It was a great defensive effort by both teams but the personal foul by the Bengals player in the end cost them the game and that is unacceptable.

Vikings vs. Seahawks:  I would have gotten into a fist fight with the kicker in the locker room after the game, sorry.  There is  not excuse for that when that’s your only job.

Packers vs. Redskins:  Really, did anyone doubt the Packers would win this game? 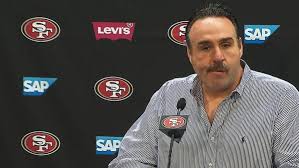 Well this will be my last recap of the 2015 NFL regular season.  This has been an interesting year for some teams and for others it’s been status quo.   I will not delay my recap any longer so here goes.

Jets vs. Bills:  This game was a must win for the Jets in order to be in the playoffs but it wasn’t meant to be.  This is Todd Bowles first year as a head coach and I must say he has done very well.  That said, I think his downfall was retaining Ryan Fitzpatrick as the starting QB.  Having said that, I don’t think Geno Smith is the answer so he has some work to do in the off season.

Patriots vs. Dolphins:  Most of the analysts are wondering “what’s wrong with Brady and Belichick”?  Let me tell you what’s wrong with them, absolutely nothing.  As I said last week and I will say it again, there was no reason for Belichick to risk getting Gronk or Brady injured in games that don’t matter.  Besides, these are Jedi mind tricks performed at the highest level by Bill Belichick.

Saints vs. Falcons:  This win by the Saints echoes what I said week, the Falcons win over the Panthers was because the Panthers were emotionally drained after dealing with the fallout from the Josh Norman and Odell Beckham brew ha, ha.

Ravens vs. Bengals: The win by the Bengals was expected, even with their backup QB in for the injured Andy Dalton.

Steelers vs. Browns:  Manziel didn’t play because he was in concussion protocol.  Another wrinkle in the hapless Browns saga, the owner fired Mike Pettine and Ray Farmer the GM.  I don’t know what Farmer was thinking when he recommended Pettine for this job.  Pettine couldn’t even make a QB decision, let alone, coach the team.  This hire, as so many others in the League leave me shaking my head.

Jaguars vs. Texans:  Hoyer is back from concussion protocol but it was Weeden who was let go by the Dallas Cowboys that kept the Texans in the playoffs while Hoyer was out.  That is what a backup QB is supposed to do so why wasn’t he able to do it in Dallas?  Was Weeden really the problem or was it a “coaching” problem?

Titans vs. Colts:  Sometimes you just need to call the game, right?

Redskins vs. Cowboys: Did they play?

Eagles vs. Giants:  Chip Kelly was fired by the owner and team still wins.  Don’t get too happy people because the Giants are terrible and the Eagles were playing on emotion.  If you have not done so already, please check out my blog on the firing for Chip Kelly.

Lions vs. Bears: This sounds like a clash between the Wizard of Oz and Dorothy’s crew but I digress.  The Lions won and this is something the team can  build on during the off season.  Media, please buzz off there is no reason for the coach to be fired.

Buccaneers vs. Panthers:  The Panthers were back to their usual form and slaughtered the Bucs.

Chargers vs. Broncos:  Will the “so-called” media analysts please shut up.  Peyton stepped in and won the game.  Through all of the media scrutiny and negative comments about how the team should push him aside, he has continued to be a class act.  As I stated in an earlier blog, “Peyton Manning is a Standup Guy.”

Seahawks vs. Cardinals:  What happened to the Cardinals defense and offense yesterday?  It was non- existent against the red hot Seahawks.  If Pete Carroll had not messed with his winning formula earlier in the season, the Seahawks would have a much better record.  Coach Carroll, do what you do and don’t listen to the media.