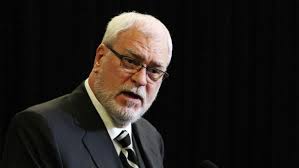 According to the articles I’ve read, Phil Jackson is so committed to the “Triangle Offense” that he’s only willing to hire a coach with experience running the offense. I have a question for Phil Jackson: Phil when you were a head coach would you have wanted the Owner, GM or VP of Player Operations telling you how to coach the team?  My guess is “NO” and if I’m right, why is it okay for you to do it?

It is not a sound strategy for the Knicks organization to go along with Jackson’s coach selection process? Did Phil Jackson really win all of those championships because of the “Triangle Offense” or was it because he had high caliber players like Jordan, Pippen, Bryant and O’Neal?  My bet is on the latter, it was the players not Phil Jackson’s offensive prowess.  Phil Jackson believes that it was his coaching genius that garnered the Bulls and Lakers all of those championships.  Well, I’m here to dispel that myth.  It is my belief that it was the talent on the Bulls and Lakers teams that resulted in those championships.  Case in point, when Jordan went on hiatus from basketball, the Bulls didn’t win anything running the “triangle offense” but when Jordan returned the Bulls won three more championships.

It was a similar situation with the Lakers, when the Lakers lost to Boston, Jackson blamed the loss on Shaq and Kobe’s inability to get along so he quit but came back, when the Lakers picked up Pau Gasol and additional talent.

With players like Jordan, Pippen, Bryant and O’Neal, he could have run the square, rectangle etc. offense and my bet is the Bulls and the Lakers would have won those championships. It was the talent, not Phil Jackson’s alleged genius as a coach.  Go on with your 100 year old “triangle offense.”

Not a single assistant coach under Phil Jackson’s leadership has gone on to be a successful head coach in the NBA. For instance, Brian Shaw was awful during his tenure with the Nuggets and Jim Cleamons was a total bust with the Mavericks so believe me when I say the “triangle offense” is a smoke screen for Phil Jackson to keep people snowed and New York gets’ enough snow so they don’t need more from Phil Jackson.

Let’s not forget the blunder he made when he hired Derek Fisher, a player under his tutelage who was a complete joke as the Knicks head coach. If he decides to hire Kurt Rambis as the head coach of the Knicks, the outcome will be the same.

Phil Jackson, either step up or step off and hire a real coach to come in and coach the Knicks. 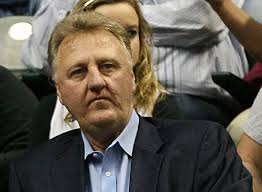 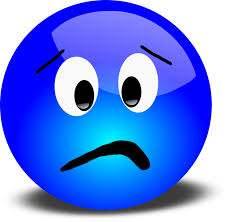 There was a time when I thought Larry Bird had a lot of class. However, that is no longer the case given how he handled the firing for Frank Vogel and the statement he made to the press.  He said “Frank Vogel” begged for his job.  Wow, was that really necessary?  It was not necessary nor was it professional.  No one deserves to be treated that way and I do mean NO ONE.

First of all Frank Vogel requested an opportunity to convince him why he should continue as the coach of the Pacers, which is a reasonable request and for Bird to blab to the media that Coach Vogel made this request showed his lack of class and really immaturity in the role of President.  Food for Thought:  Maybe Larry Bird should be fired, not Frank Vogel.

Larry Bird’s philosophy is that a coach should only remain in place for three (3) years; that is a very smart way to run a professional franchise.  If he believes having a coaching carousel is the way to build a winning franchise, he is completely in the dark and has absolutely no business being the President.  As a matter of fact, he should consult with Bill Belichick, Phil Jackson and Greg Popovich and ask them if that mindset is a winning formula.  Also, there is not a descent coach around the League who will be willing to take that job, it’s not worth it.  It takes time and a whole of effort to build a winning team.  Rome wasn’t built in a day and neither is a winning basketball franchise.

During his three (3) year tenure as the head coach of the Indiana Pacers from 1997 to 2000, his accomplishments included the team going 58—24 in a single season, which was a franchise best, forcing the Bulls to a game seven (7) in the conference finals in the 1977—98 season and in 2000, the Pacers went to the NBA finals and lost but they got there.  Prior to accepting the job as the head coach, he made it clear that he would only be there for three (3) years.  At the end of the day, the franchise still hasn’t won a championship or returned to the NBA finals under his leadership as the President of the organization.  Maybe he is a better coach than President because his philosophy is definitely not in line with what it takes to build a successful franchise.

With Bird’s philosophy leading the organization no coach is going to take that job, unless you fall into a golden situation like Steve Kerr did with the Warriors. As it stands right now, we all know that the Pacers are not at the Warriors level.  It is my personal belief that Frank Vogel has done a good job with what he had to work with and he needed more time to develop the players.  If Larry Bird didn’t want Coach Vogel that’s fine but give him his walking papers in a professional manner don’t humiliate him in public, which is exactly what he did and that’s “foul” and “low budget.”

What is the world coming to when a person thinks it’s okay to humiliate another person in public?  A man of Bird’s stature should have known better but clearly he doesn’t.  When I watched the final Indiana game, I had a feeling Coach Vogel was on a slippery slope just by the nature of Bird’s facial expressions.  He wore his emotions on his sleeves and the signs were very telling.  If he can’t keep it together any better than that and add to that his philosophy of three (3) years and out, he’s definitely not the right person for the role of president in any organization. 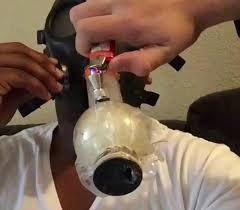 I will not spend a lot of time roasting Laremy Tunsil about his poor decision making. For those of you who missed it, a video of him getting high wearing a “gas mask” surfaced on the internet 15 minutes before the NFL Draft commenced.

Prior to the video surfacing “the media speculation” was that he would be selected somewhere between 1 and 5 in the first round based on the “Mock Draft,” which is an oxymoron in and of itself.  Athletes should not place any value in these “mock” drafts.  After all, in the words of Charles Barkley, it’s just analytics’ but I digress.

Naturally, once the video surfaced his stock plummeted dramatically, “allegedly.”  The crazy thing is he’s angry because according to him the video was illegally leaked and resulted in him losing a lot of money. I’m sorry, but what he was doing is illegal so he’s the pot calling the kettle black, boy bye.  Who cares if the video was leaked or not?  The fact of the matter is this fool allowed someone to record him doing this.  If you don’t want something to get out, don’t put it on film, buffoon.

One thing to consider, it’s possible he was not going any higher than he did.  Besides, Miami said they knew about the video so clearly the Dolphins were not planning to select him any higher, maybe they leaked it.  Whoever leaked it, did him a favor in the long run.  What other teams were planning to select him?  I haven’t heard of any other teams chomping at the bit to draft him so all of this could be hype by the media.  As we know, the media loves to stir to pot.

Also, learn to take accountability for bad decisions and stop blaming other people for your poor judgment. He is stomping around mad that he lost out on “millions of dollars.”  First of all, he should thank God he was drafted at all given his current situation.  Miami still took a chance on him when they could have said:  “Hmmm, no thanks we can fast forward to a couple of months from now and he will get popped for drugs in his system so let’s forgo this headache.”

New flash stupid:  It’s you in the pictures and on video so don’t waste your newly earned wealth on attorney’s fees looking into who may or may not have hacked your Instagram account.  By the way, you knew the cameras were rolling.  You were not secretly recorded so shut the hell up and move on.  View this as a lesson learned and save your money. Focus on staying in the league more than three (3) years, that’s what you do and if you do, guess what? You will have a good payday coming.

What he should have said was that he is grateful to have been selected by Miami after his lack of judgment and that he will work hard for the team and he will do everything within his power to clean up his act so that the team will not regret their decision. That is what taking accountability is all about, UGH!!! These Pro athletes need to be coached to own their mistakes, the NFL is a real job it’s not Pop Warner, high school or college.  It is your bread and butter and if you’re lucky enough to be one of the chosen few, you better do everything in your power to remain productive or you’re out, plain and simple.

The millions of dollars they are under the assumption they’re going to be paid is smoke and mirrors. Ask the players who have been waived or cut and not picked up by another team, once that happens the money is gone as well.

You all better wise up or those of us who work 9 to 6 will be taking care of you and I’m sick of it.