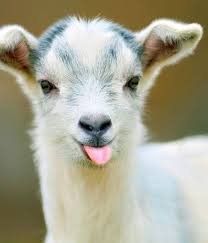 Why have the media pundits started identifying certain athletes as the G.O.A.T? What is that all about?  This kind of nonsense has athletes chasing shadows and records of players that were “great” during their era.

Some of the G.O.A.Ts are: Jerry Rice, Michael Jordan, Tom Brady, Michael Phelps and the list goes on but at the end of the day, current players just need to focus on their own game and stop chasing ghosts from sports past.  LeBron James chasing Michael Jordan may have impacted his ability to power through and compete at the level necessary in the NBA Finals.

The media pundits would have you believe they coined the “G.OA.T” but in actuality it was Muhammad Ali that really used the phrase “Greatest of All Time” and he did it more so as a media ploy and to send his competitors into a tailspin in order to gain an advantage over them in the ring.  Ali didn’t care anything about chasing the record of another boxer, he was only concerned with his performance and beating his competitor.  Athletes today are allowing the media to send them into a tailspin to the point where they’re losing sight of the importance of playing their game.  Please stop measuring your performance by other athletes, just be you and let the chips fall where they may.

It has gotten so ridiculous that Michael Phelps has filmed a show for the Discovery Channel where he will be going up against a “Great White Shark” for ocean supremacy, really?  The shark reigns supreme in the ocean and that goes without saying.   That being said, I guess this is the society that we’ve become.  I’m not taking anything away from Michael Phelps, he’s the most decorated swimmer of his time, just like Mark Spitz was the most decorated during his time and that’s reality.  As a matter of fact, Lynn Swan was the greatest receiver of his time, like Jerry Rice.  Bill Russell was the greatest of his time, like Michael Jordan.

Sports pundits lets’ put this in perspective and let players play their game and stop chasing “ghosts of athletes time” that are gone and in the record books.