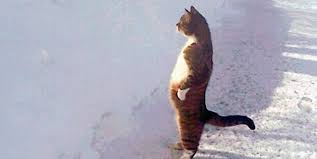 I must commend Joey Bosa for standing his ground and not allowing the Chargers to bully him into signing a contract he was not comfortable with.  The short story is that the Chargers didn’t want to pay Bosa the full amount of his $17 million signing bonus at the time he signed his contract.  They wanted the option of paying a portion of it in 2017 and he said no, which was the right thing to do.

Fortunately for Bosa, his father played in the NFL for two years and I’m sure he knows all too well what the pitfalls are.  Also, having only played two years he counseled his son on the importance of getting as much of money up-front or he would run the risk of never seeing it.  The NFL is the wealthiest of all professional sports, the most violent, yet they have the worst player contracts, health insurance and pension plans.

The only money that is truly guaranteed for an NFL player is his signing bonus and to give up a portion of it would not be wise. Apparently, the Chargers wanted to incorporate offset language into Bosa’s contract related to the delayed signing bonus portion, and he said absolutely not.

Basically, a team can cut a player that was drafted at the top of the draft within the four years of his original rookie deal and receive a dollar-for-dollar credit if he is picked up by another team.  Without offset language, the player will continue to receive his guaranteed money from the team that cut him, and his new salary from the new team.  Offset language is a way for owners to hedge their bets so that they can get out of paying the player what they negotiated and agreed to.

It’s very critical that players and their agents understand the underlying impact of what’s in the CBA.  It’s really sad how many players just get PLAYED.  In my opinion, given the complexity of the CBA, players need a lawyer and an accountant, not an agent.