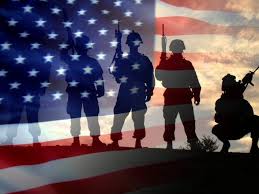 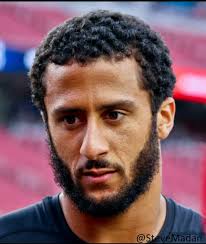 A number of people have asked 1raregrl where she stands on this issue and when a blog would be released regarding this issue.  As everyone knows, Kap has ignited a firestorm and much debate, both domestically and abroad, because he has elected not to stand for the American National Anthem and flag in protest of racial oppression of the black community and people of color in America.   People have been burning his jersey, the media has vilified him (as they have the tendency to do)and politicians have weighed in on the matter, including Donald Trump saying Kap should move to another country.

The good thing is, I don’t write or spew venom based on a reaction.  I like to sit back and take stock in a situation. That said, when this happened initially, I tweeted Kap and told him that it was not a good idea because it would lead to him becoming another unemployed black man. He doesn’t own the San Francisco 49ers and when you work for someone else, you don’t have the luxury of doing what you want to do if you want to remain gainfully employed. That is just fact.

That said, I have listened to reactions, read numerous articles, read tweets, etc. and now it’s my turn to opine on whether I believe Kap should continue to sit. Let me start by saying that I’m a black woman from the deep, deep South, born and raised in Mississippi.  I love the state of Mississippi but it is not without its good and bad.  In order to write this blog, I contacted by oldest living brother Coach Marcellus Singleton, a Vietnam veteran, and asked him for his opinion.  I now paraphrase what he said, which almost brought me to tears.

First, my brother was drafted into the United States Army to fight the Vietcong in Vietnam.  Just as our uncle before him, who fought in World War II, my brother was forced to fight in a war for our country, despite his personal feelings regarding it. Adding insult to injury, my brother wasn’t welcomed back upon his return to our country and no one thanked him for his service.  Subsequently, my brother obtained a coaching position in Northern Mississippi, and made history as one of the first black coaches leading his team to victory over predominately white programs. Conveniently, the principal of the school where he was employed, told my brother “the job was being phased out”; however, my brother knew the truth.  He was being “fired” for winning.  (Shaking my head) Fortunately, the Lord had a Ram in the bush and two weeks later he had a better job with a better salary and the rest is history.

As a United States Veteran, sports professional, & survivor of the Jim Crow Era, I felt my brother could offer an invaluable perspective. He believes it is Colin Kaepernick’s constitutional right (under the First Amendment) not to stand for the anthem and flag, and as a black man who has lived through tough times in the deep South, he understands Colin’s frustration, although he would not take the same course of action. He reasoned that when you live in America and are privy to all of its goodness, a person should show respect.  In other words, you have to be able to take the bitter with the sweet.

What does 1raregrl say?  As I said earlier in the blog, when you work for someone else you don’t have the luxury of doing what you want to do, unless you’re okay with being terminated.  I believe Colin can do more for the cause employed than unemployed.  Do I understand where he’s coming from? Absolutely!!! However, I don’t believe the football field is the right forum.

America has its problems, and slavery and racism is an ugly truth in our history and culture.  However, the meanings behind the American flag and anthem are honorable. It’s the execution by humanity that sucks.  I will continue to stand for the American flag and anthem, but I will also continue to be a voice for my community, and not shy away from expressing what I believe is right, and what I believe to be wrong.

I’m going to leave you with a thought. And anyone on Trump’s team, can give him this piece of food for thought.  My brother said that he knows white people in Mississippi who honor the rebel flag more than the American flag…so where should they be sent?