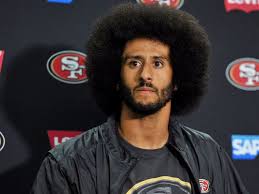 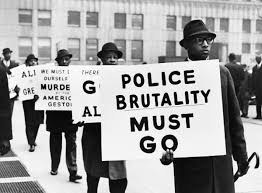 In any protest where people are seeking to make a change to social injustice, it’s important to find middle ground and that’s exactly what Colin Kaepernick has done in terms of his silent protest of police brutality and social injustice for African-Americans and people of color in this country.

Colin spent time with a Green Beret, 49ers Eric Reid and other individuals discussing how his protest could be handled in a manner that would be viewed as more respectful to the military and the country.  It was during these discussions that the decision was made to kneel, which is brilliant. I was worried initially when he started his protest that he would be let go from the team and as I stated in an earlier blog the last thing the black community needs is another unemployed black man.  However, his stance has gained momentum and backing from players, fans, athletes in other sports and just people in general.

It was important for Colin to find middle ground because the media was going to continue to find a way to vilify him, which is not what the media is supposed to do.  Kap made it very clear from the onset of his protest that he wanted to shine a spotlight on the way blacks and people of color are being treated in this country.  Also, he wanted people to start having conversations about the police brutality plaguing the country and the absence of justice being done with respect to these violent acts being committed by police officers.  I need to digress for one moment and remind people that police brutality is not new.  It has always been pervasive throughout this country’s history and culture.  With advances in technology, the public is able to record their heinous crimes for the world to see and that’s why people are more sensitive to the issue.  In addition to rogue police officers, the punishment for their behavior needs to catch up with the crimes they’re committing.

If you check out an earlier blog I posted entitled “How Do We as a Nation Stop Police Brutality” you will see the recommendations I believe need to be put in place in order to eradicate this behavior so I will not go into it in this blog. Back to Kap, his jersey is number 1 in NFL sales and he plans to donate all of the proceeds to groups fighting injustice in this country.  Police brutality is a difficult conversation but it needs to be addressed and it’s time for the punishment to fit the crimes rogue police officers are committing.

I’m happy that the media is backing off their vile, vindictive Kap stories, now if they would just write about the problems this country is facing and possible solutions, change might really start to happen. I’m sure you’re asking if 1RAREGRL still believes Kap’s forum was not the correct one, my answer is yes but keep in mind change requires that we make bold steps regardless of what people think and that’s what Kap did.