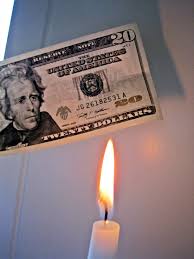 It has long been a question in my mind given the number of NFL athletes that are sanctioned for illegal use of drugs each year, if NFL athletes are the biggest offenders. I just don’t get it.  Sadly, most of the athletes in the news are NFL players so I decided to research 2016 and determine which professional sport has the most athletes either fined or suspended for drug use.

Based on the information I was able to locate for 2016 from Spotrac the numbers are as follows:

Spotrac is a source that tracks suspensions/fines assessed on players by all of the professional sports teams. If you would like to check my source you can go to www.spotrac.com/nba/fines–suspensions.

Another piece of information that I found interesting is that a lot of these players are suspended or fined for Performance Enhancing Drugs (PED) use. Athletes are also suspended/fines for issues related to domestic violence, fighting, illegal hits etc., which the above-referenced numbers do not include.  Unfortunately, drugs whether it’s PED or some other substance is the biggest problem.  One thing to keep in mind is that 2016 is not over so more fines to come.

The leagues make an enormous amount of money from these suspensions/fines. The NFL is making approximately $16M in 2016 from these suspension/fines.  I can understand when tempers flare on the field and a fight breaks out because as the old saying goes “boys will be boys” but the drug thing is mindboggling.  They may as well just set their money on fire because that’s what you’re doing when you purchase illegal drugs and end up getting popped for it.

Are basketball players less likely to do drugs than football and baseball players? With respect to my initial question, clearly drugs are not just an NFL problem and NFL players are not the biggest offenders.  It crosses all of the professional sports and ethnicities but the problem is real and it’s one that has to be dealt with.

Should consideration be given to legalizing certain drugs?