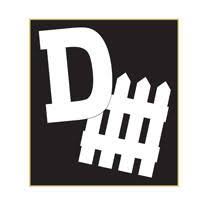 Texans vs. Patriots: Patriots won 27 to 0 – No surprise there.

Cardinals vs. Bills: Bills won 33 to 18 – BIG surprise, because the Bills don’t have one of the league’s best head coaches but Rex Ryan’s decision to fire Greg Roman last week and hire Anthony Lynn may have been what the team needed. I still caution Bills fans not to start making Super Bowl t-shirts just yet. The Cardinals on the other hand is a different story.  I stated in my blog last week that people shouldn’t get too over confident with the Cardinals because they beat the Jaguars into the ground.  The team still hasn’t jelled and I’m not sure they will this season.

Lions vs. Packers: Packers won 34 to 27. The Lions need to improve their defense.  They’re getting production from Stafford but these teams have to stop expecting the QB to win the game by throwing touchdowns.  Defense wins games.

Browns vs. Dolphins: Dolphins won 30 to 24.  These teams are pretty evenly matched. Both teams have new coaches so only time will tell.

Redskins vs. Giants: Redskins won 29 to 27. Seriously, the faulty Redskins, I cry foul!!! This was poor clock management and turnovers.  Eli Manning is a two time Super Bowl champion and he’s still making rookie mistakes, give me a break.

Raiders vs. Titans: Raiders won 17 to 10.  I’m not sure either team has the coaching leadership needed to become impactful in the league right now so only time will tell.

49ers vs. Seahawks: Seahawks won 37 to 18. The Seahawks have been struggling since the season started but found what they needed to slaughter the 49ers. The 49ers replaced the QB that took them to the Super Bowl with a less talented QB and they’ve commenced their coach carosouel again.  How long will Chip Kelly last?

Rams vs. Buccaneers: Rams won 37 to 32. Actually this was a decent game but let’s remember the Bucs replaced Lovie Smith with his offensive coordinator so let’s see how that change works out for them.

Chargers vs. Colts: Colts won 26 to 22. The Colts are finding a rhythm and the Chargers just can’t be trusted.  They have the tendency to put up a lot of points and still lose.

Jets vs. Chiefs: Chiefs won 34 to 3.  This is what happens when you don’t prepare another QB for the role when the starting QB, who’s not really a starting QB sits out during preseason because of a contract dispute.

Steelers vs. Eagles: Eagles won 34 to 3. The Steelers couldn’t handle the Eagles defensive pressure or newbie QB Carson Wentz.  I must admit the 3 – 0 Eagles are looking good and I’m really impressed with Wentz.  I guess Jeffrey Lurie said, he was going to turn this team around “by any means necessary” after what Chip Kelly did.  “Hell hath no fury like an owner scorned by a bad GM/Coach.”

Bears vs. Cowboys: Cowboys won 31 to 17.  I am really impressed with Dak Prescott but they did play the hapless Bears.

Saints vs. Falcons:  The Falcons won 45 to 32.  At what point will the Saints realize they need to improve their defense?  I hate games where both teams just put up a lot of points and the “winner is” the team that scores the most points, that’s just stupid.  Get a descent defensive coordinator in there and stop the other team.  Drew Brees’ stature causes him to make mistakes when reading defenses and that’s why he gets’ picked off so often.