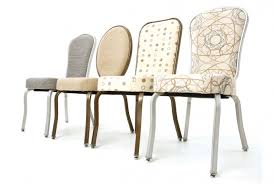 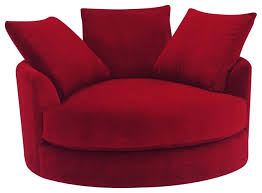 MEDIA PUNDITS, PLEASE HAVE SEVERAL SEATS!!! THERE IS NO QUARTERBACK CONTROVERSY IN DALLAS, UNLESS JERRY JONES HAS A DESIRE TO SEE THE TEAM GO BACK TO IT’S LOSING WAYS!!!!

Let me start by saying, enough of the media pundits trying to start a quarterback controversy in Dallas because Dallas lost to the Giants. Jerry Jones can be a fool if he wants to and put Tony Romo in and end up out of the playoffs as quickly as Romo came into the game.  Let’s face it people the fact of the matter is Romo has NEVER gotten the Cowboys past the first round of the playoffs, even when he was healthy and young so stop kidding yourselves.

Now for the recap:

Raiders vs. Chiefs: Chiefs won 21 to 13. This win came down to coaching.  Andy Reid is a better coach than Jack Del Rio.

Steelers vs. Bills: Steelers won 27 to 20. The media pundits are wondering if Rex Ryan will bench Tyrod Taylor and my question is why?  The problem with the Bills is Rex Ryan he’s just not a very good coach.  Therefore, he should bench himself.  Please take several seats!!!

Chargers vs. Panthers: Panthers won 28 to 16. Philip Rivers threw three interceptions in this game as he often does in most of his games.  What’s interesting is that the media pundits consistently give him a pass but they will malign Cam, Osweiler, Kap and Rodgers any opportunity they get.  The media likes Philip Rivers because he throws a lot of passes and has a lot of yardage.  I would rather have a QB that makes less throws, is a critical thinker and wins games. Philip Rivers is not that quarterback.

Bengals vs. Browns: Bengals won 23 to 10. I’m sure Coach Lewis wishes he had Hue Jackson back as his offensive coordinator and Hue Jackson maybe wondering why he left.  My recommendation to Hue is to stay the course because the Browns have not been any good since Bernie Kosar was the Browns’ quarterback and that was almost 25 years ago.

Bears vs. Lions: Lions won 20 to 17. The Lions have done a good job of coming back from the ashes to end up as a playoff contender.  Do you think the Bears owner misses Lovie Smith yet?  If not, he should.

Texans vs. Colts: The Texans won 22 to 17. The media pundits wanted the Colts to win so badly because they love to badmouth Brock Osweiler because of his contract.  Really people, give the kid a break this is his first real opportunity and he’s had really solid performances.  As for Andrew Luck, he’s prone to concussions and should not be in the league any longer for health reasons.

Vikings vs. Jaguars: Vikings won 25 to 16.  Once again the Jaguars played a solid game but could not come away with a win.

Cardinals vs. Dolphins: Dolphins won 26 to 23. These two teams from a statistical perspective were fairly evenly matched.  Palmer had two interceptions, Tannenhill had one and both kickers missed field goals so this game could have gone either way.  Unfortunately, Tannenhill was hurt in this game and maybe out for the remainder of season.

Redskins vs. Eagles: Redskins won 27 to 22. What has happened to the Eagles defense?  The Eagles have imploded after starting the season off so well.

Broncos vs. Titans: Titans won 13 to 10. Mariotta is really coming along nicely.  He will be a very good quarterback if he remains healthy.  Siemen still needs work.

Jets vs. 49ers: Jets won in overtime 23 to 17. The 49ers had this game won but the defense gave up 23 points.  The 49ers need a defensive coordinator and a lot more.  The truth is the team has reverted back to what it was when Eddie DeBartolo’s sister sued him and took the team.  Since DeBartologate, the team’s only success came under Jim Harbaugh.  I can’t say it enough times, get rid of Trent Baalke.

Packers vs. Seahawks: Packers won 38 to 10. The Packers were thrashed by the Bucs and came back to do the same thing to the Seahawks.  Russell Wilson threw five interceptions, which is something he has never done.  Well there is a first time for everything.  Also, the Seahawks have a tough schedule so this was probably fatigue.  The Seahawks next two games are at home and the last one is in San Francisco.  I predict the Seahawks will win all three of their remaining regular season games.

Falcons vs. Rams: Falcons won 42 to 14. The Rams fired Jeff Fisher after this loss, which is interesting.  Jeff Fisher has never been a good coach.  Had the Rams paid careful attention to his football resume they would never have hired him.  Regardless of whether Jeff Fisher or someone else is the coach, this organization is doomed in Los Angeles.

Saints vs. Bucs: The Bucs won 16 to 11. The Bucs are on a role and part of that is because their defense has been firing on all cylinders.  As for the Saints, as long as they rely on Drew Brees to win their games  they will continue to lose games.

Cowboys vs. Giants: Giants won 10 to 7. The Cowboys are batting 0 wins against the Giants this season.  Regardless of what the media pundits are saying this was a very good game and a good learning opportunity for Dak and the Dallas offensive line.  The Giants defenders brought a quick pass rush to Dallas’ offensive line, which proved to be difficult for the offensive line to defend against.  Hopefully, after studying the game film they will be ready for any team bringing a pass rush in future games.  Otherwise, it’s one and done for them in the playoffs.