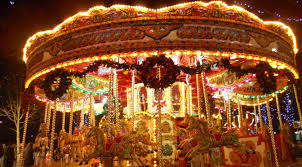 There were six (6) head coaching slots open at the end of the 2016 NFL season, five (5) of the vacancies were terminations.  Gary Kubiak of the Broncos said “see you later” for health reasons and you can’t blame him for that.

The Los Angeles Rams hired 30 year old Sean McVay, which is a decision that will come back to haunt them just like the decision to move to Los Angeles.  I want even bother to expend a lot of time in this blog discussing how ridiculous this coaching hire was.

Josh McDaniels chose not to accept the head coaching job at the 49ers and thank goodness he did because he certainly wasn’t right for the role.  Let’s not forget he went to the Broncos and tried to implement the same system Belichick has in New England including cheating and failed miserably.  As a matter of fact, not one of Belichick’s disciples has been successful outside of the New England system so NFL teams need to stop interviewing anyone that’s in the Belichick system.

The San Diego Chargers hired Anthony Lynn as their new head coach. Lynn has been coaching in the NFL since 2000 starting out with the Denver Broncos so it’s possible with time he will be successful.  In order to be successful, he will need to establish a running game and not depend on Philip Rivers to solely pass the ball and win the game because that’s not going to happen.  San Diego’s defense is not horrible but it needs work. I’m not even going to discuss the move to Los Angeles.

The Denver Broncos hired Vance Joseph, who has a defensive mindset and that’s what the Broncos are about.  Joseph has been coaching in the NFL since 2005 and prior to that he was coaching on the college level.  This may be the best NFL hire yet but time will tell.

The Jacksonville Jaguars hired Doug Marrone as the new head coach.  He was the head coach of the Buffalo Bills from 2013 – 2014 and his record for that season was 6 – 10.   If he doesn’t go in the get rid of the talent that’s on the team, this could be an opportunity for him to prove that he can actually coach.

The Buffalo Bills hired Sean McDermott. He’s been in the NFL in some form of coaching capacity primarily since 2001 with the Philadelphia Eagles under the tutelage of Andy Reid.  McDermott could be the second best hire because he was tutored by Andy Reid.  Also, Buffalo has a lot to talent that he will need to vet, including the QB situation with EJ and Tyrod.

The 49ers are still looking for the right fit and it’s not going to be easy for them because the problem is a historical one.  Jed York is looking for a head coach that fits his civic minded mindset with great coaching abilities and that person will be difficult to find but not impossible.  He is looking for a Pete Carroll type coach and the pickings are slim in the NFL.  Also, the coaches at big colleges no longer view a head coaching job in the NFL as glamorous or the place to be.  Rumor has it that the plan is to hire Kyle Shanahan, son of Mike Shanahan, boo hiss if the rumor is true!!!  By the way, Mike Shanahan was successful because he had John Elway and Terrell Davis.  Once Elway retired, the Broncos promptly fired Mike Shanahan so they knew he wasn’t right fit for them in a progressive environment.