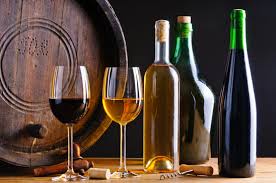 From the moment the York family wrangled the 49ers from Ed DeBartolo, Jr., they have made one bad decision after another and the most recent hire of John Lynch as the General Manager will be yet another bad decision. John Lynch, a Fox analyst, who has zero NFL front office or NFL administrative experience retired from the NFL as a player over next six (6) years ago and I’ve seen nothing in his current job to indicate he has the capacity to rebuild the team back to its winning ways.  What is he bringing to the table exactly?  In light of the fact that Trent Baalke was a complete disaster and wasn’t fired until the team was driven completely into the ground, one would think that the Yorks would hire someone that will command respect, NOT!  The 49ers need a complete overall in terms of the coaching staff.  The team needs a head coach, offensive and defensive coordinators and the list keeps growing.  How is this guy with no previous work experience going to create a winning environment for the team?

Apparently, Lynch has a relationship with Kyle Shanahan, who is expected to be the next 49er head coach, so I suppose Jed York is thinking that this will help bridge the gap between the two positions since the Harbaugh and Baalke relationship tanked. Please, whatever the relationship is between the two it will sour and Jed York will be back looking for a GM and a coach.  Kyle Shanahan is the offensive coordinator for the Falcons but at the end of the day, I don’t believe he has what it takes to be a head coach in the NFL at this time in his coaching career.  At what point with will these NFL owners not hire people to “fail upward”?  Seriously, John Lynch has about as much of a chance of making this team successful as Kyle Shanahan has at being the head coach.

Somebody hand me a bottle of “Pinot Noir” because I am going to take several seats and watch this disaster unfold.