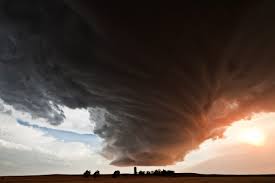 The saga of the New York Knicks continues. Let me start by saying although the Knicks are the beloved basketball team of the Big Apple, the team has only garnered marginal success through the years.  The team has only won two NBA Championships and that was back in the early 70’s.  The Knicks won the NBA Championship in 1970 and 1973.  To be the largest market for NBA basketball it has been difficult to sustain good coaches and good talent.

The problems confronting the Knicks today are the same problems they’ve had in the past. Clearly, the Knicks biggest problem is management and that’s even more evident given the Phil Jackson public lashings of Carmelo Anthony and James Dolan’s dislike for Charles Oakley that spilled over into a full blown debacle a couple of days ago that resulted in Oakley being removed from the arena and arrested.  The fallout from this mess is coming fast and furious.  First, James Dolan fired Frank Benedetto, the Senior Vice President for security of Madison Square Garden today saying “the termination is related to the Oakley incident.”  Second, Dolan has banned Charles Oakley from coming to Madison Square Garden and stated “hopefully not forever.”  If I’m Charles Oakley, it’s forever because I would NEVER set foot in Madison Square Garden again.

On to Phil Jackson and his recent antics where Carmelo Anthony is concerned. It is never appropriate or professional to chastise an employee in public which is exactly what Jackson has been doing to Carmelo lately.  Jackson making statements that Carmelo holds the ball too long, which results in timing issues for the team when running the triangle offense.  At what point is Phil Jackson going to realize that he’s the GM, not the coach, and that the team rarely runs his 100 year old triangle offense?  Tweeting references about Carmelo shows his lack of leadership in the role of a GM.  Clearly, he lacks the skills necessary to be the GM and should probably consider moving on and trying to get a coaching job somewhere.

Next on the list of Knicks debacles was the treatment of Charles Oakley at the Knicks game a couple of days ago. Charles Oakley purchased a ticket to the game and for reasons unknown to anyone, security went up to him and asked him to leave the arena.  Seriously, who does that?  Charles Oakley is saying that he didn’t do anything to deserve being removed from the arena.  Several sources have reported that management is saying Oakley was making derogatory remarks and appeared to be impaired.  When several members of the security team went up to Oakley and asked him to leave, it caused him to become angry and get into a shoving match with security personnel which resulted in him being arrested and booked for assault.  Question: Wouldn’t it have made more sense to have one person speak to Charles Oakley, instead of a group?  I would not have been comfortable with a group of security people telling me to leave the arena and I had purchased a ticket.  Come on people, what has happened to just respect for others?

Rumor has it that because Charles Oakley has been critical of the Knicks management, it has resulted in him having a tempestuous relationship with James Dolan, the owner.  As a result of this simmering distain Dolan and Oakley have for each other, Dolan would prefer that Oakley not attend games and has subsequently banned him.  Okay, if Dolan is that small minded, he’s just stupid and an idiot. Why would you stop someone from purchasing a ticket to a basketball game? Also, why would he remove/ban a player that played ten (10) years for the team because he made some unflattering remarks about the organization’s management?  Were the statements true, so you couldn’t handle the truth?  News Flash, it’s a basketball game and people make all sorts of remarks all the time, including booing the referees.  Are you going to start removing fans from games now?

Given the current climate, I don’t see any A-List free agents being interested in going to the Knicks.  Dolan should ask Mark Cubin what happens when you do and say stupid things about players in the NBA.

This is not the NFL folks the NBA players run the League!!!