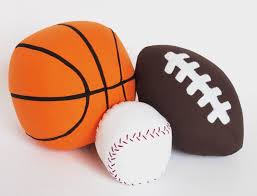 Fans have been asked to PAY and sit through “All-Stars” games for the NFL, MLB and the NBA for far too long and get nothing in return. The attendance at the NFL Pro Bowl saw decreases through the years when it was held in Honolulu but attendance increased when it was held in Glendale, Arizona and Orlando, Florida in 2015 and 2017, respectively. I am not a fan of the NFL Pro Bowl because there is too high of a propensity for players to be injured playing in a game that doesn’t mean anything.  With respect to the NFL Pro Bowl, it is my recommendation that the players be given a lettermen jacket and a check.  Stop requiring the players to play in a game that could result in them having a career ending injury.

The MLB All-Star game was a joke initially because there was no incentive to win and if there was a tie, the game could end in a tie, which resulted in fans crying foul. In an effort to prevent tie games and provide additional incentive to win, MLB reached an agreement with the players union to award home-field advantage for the World Series to the champion of the league that won the All-Star Game.  After several extensions it was agreed that awarding home field advantage to the winning league would remain in place until 2016.  Starting in 2017, home field advantage in the World Series will go to the league championship team with the highest regular season win-loss record.  I wonder if this change will cause the game to go back to having tie games and the players not having an to incentive win.  Only time will tell.

The NBA All-Star game is a total joke and something needs to be done sooner rather than later. Fans spend a lot of money during All-Star weekend and are not getting a return on their investment.  The skills contest, 3-point shooting and dunk contests are absolutely horrible.  Why don’t more players participate in the contests? Why are only four players participating in the dunk contest?  Yet, during the “joke” all-star game several players are dunking like crazy?  Why didn’t Steph Curry and James Harden participate in the 3-point shooting contest?  The all-star game is supposed to be the elite of the elite in the league and they should give the fans something to cheer about.  Instead, they are boring people to tears and charging fans a fee to see them be the Harlem Globetrotters.

Some fans of the game are saying the players are afraid to lose because it could impact their brand. Really, I thought being a competitive basketball player was their brand and more importantly their job. If that’s truly the case, these players are selfish and don’t need to play in the All-Star game.

Fans pay to see a competition, not men patting each other on the back and feeding each other’s egos. If this continues, my recommendation is to give the NBA All-Star players a lettermen jacket, a check and let them be on their way as well.  There is no need for fans to pay to see weak performances.