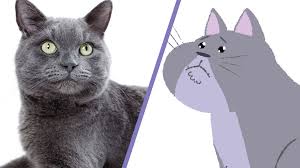 CATS ALWAYS THINK LONG AND HARD BEFORE JUMPING AND PEOPLE NEED TO DO THE SAME THING!!!

I released a blog weeks after Colin Kaepernick commenced his stance to protest police brutality by kneeling during the playing of the National Anthem.  In that blog, my position was that I understood where he was coming from but I didn’t agree with his method because I felt it would lead to him being another unemployed black man, and based on what has happened, 1raregrl was right again.

I reached out to my brother, a Vietnam Veteran, and asked him for his thoughts, which he so eloquently provided.  I’m not going to get into what my brother said because in case you didn’t read the blog, you should, it’s very insightful and a very good read. You can read his comments at: http://1raregrlrealsportstalk.com.

The gist of my blog was that albeit Kap, as an American citizen, has the “constitutional right” to protest however he chooses. However, I didn’t think he really thought about the consequences of his actions.  My problem with his choice was based on concern for whether or not he would be able to secure and/or maintain employment in the NFL once he decided not to kneel any longer.  I never thought he would kneel forever and anyone that thought he would is very shortsighted and not familiar with protest.  No one does anything forever so for the commentators that are crying foul because he’s decided to stop kneeling , they have zeroed in on the wrong thing as usual.

Kap made the decision to speak out against police brutality because he is a player in the National Football League and what better forum, right?  Wrong!!! The NFL owners are of the “good old boy” mentality.  NFL owners are not progressive thinkers like NBA owners.  Michael Bennett said it best, “the NFL is only concerned about the shield.”  NFL players don’t have the ability to speak out, like NBA players without the fear of retribution.  It is sad but true NFL players don’t have the power of NBA or MLB players so they need to think long and hard before making a decision that could negatively impact their future in the league.  Honestly, Kap should have sought advice from NBA players like Julius Irving, Magic Johnson, Jaleen Rose, Oscar Robertson and Isiah Thomas, just to name a few, before he made that leap, now he’s up the creek without a paddle.

Kap and people who believe that you can do and say whatever you please on your employer’s time must understand that when you work for someone else, you can’t do what you want to do without your employers’ approval and that is reality.  Kap was operating under the misguided opinion that he was bigger than management and he wasn’t.  It didn’t matter that Jed York willingly chose to donate a $1M to charities to ensure racial equality.  At the end of day it’s always about business and now Kap has become the statistic that I hoped he would not become.

Do I feel that Kap should get an opportunity with another NFL team?  Absolutely, it is my opinion that Kap is better than a lot of quarterbacks currently in the NFL but he’s had some struggles since the 49ers management fired his coach, Jim Harbaugh and hired a series of mediocre/horrible coaches for him to work under.  On another note, Kap also hurt his chances by working with Kurt Warner, Kap needs a coach that understands his abilities and can align them with the team’s offensive strategy.

Kap, I wish you the best on your quest to secure employment in the NFL.  Next time think before you leap and seek advice from different/better sources.