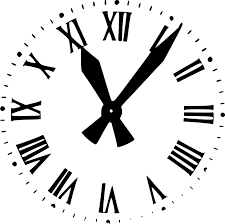 As I watched game three (3) of the Cavaliers and Pacers, I wasn’t shocked that the Pacers were leading in the first half. I would have been shocked if they were losing.  After all, they were playing at home and the Cavs hadn’t been playing much defense in recent months.

That being said, my expectation was that the game would be closer than what it was at half time.  It was great seeing how hyped up the Pacers players were and the energy from the crowd because that brings another dimension to the home team.  However, that same hype can be a turning point for a team and I knew the Pacers were going to lose game three when Stephenson made a great shot and screamed “this is our house” on the court.  I looked at him and said, “The Pacers just lost the game.”

There was something inside of me that said, the Cavs will come out in the second half and play like the champions they are.  What I didn’t expect to see were Kyrie, K. Love and T. Thompson sitting on the bench most of the time but that was one of the best coaching decisions T. Lue has made during this playoff series.  It also speaks volumes to the professionalism of the starters on the team.  They were well aware that for whatever reason they didn’t have it that day and the other team members did so they encouraged Coach Lue, to allow the other players to play and leave them on the bench.

Another very important thing that was shown was LBJ’s ability to elevate the game of the other members on the team.  LeBron was absolutely amazing in that game and he has proven time and time again why he’s by far the best player in the NBA right now.  I’m not taking anything away from Westbrook, Curry, Paul, Thomas, Leonard, Harden and the list goes on but LBJ is in a league all by himself and his skills are dominate on the court.

I was watching the game and screaming every time LBJ sailed down the middle of the lane and Pacer players just moved out of his way because they knew there was nothing and I do mean nothing they could do to stop him.  LBJ can be named the MVP each season but that’s not what he’s about, he is about the team effort and winning championships.  His determination is unmatched in my book because when he gets’ that look in his eyes and lowers his shoulders, that’s when you know it’s all about skill and LBJ has a lot of skills.