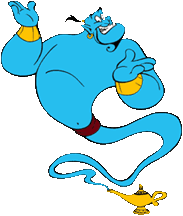 I’m sure my readers are perplexed about this title and wondering what the heck I’m referring to. Well, I’m referring to the lack of competitive spirit that is rampant across the NBA.  Take the San Antonio/Rockets game five, what happened to James Harden, who’s being touted as the next MVP, really?  Is that what an MVP looks like in the NBA nowadays?  Unfortunately, the answer is yes that is what an MVP in the NBA looks like today.

Sportscasters are saying that Harden’s performance was lackluster, he didn’t show up, was the real James Harden kidnapped and the list goes on but at the end of the day the problem is bigger than James Harden. Don’t get bogged down in heaping negative comments on Harden about his lack of play.

With the exception of LeBron James, and a few honorable mentions like Klay Thompson, Steph Curry and Kawahi Leonard, the NBA lacks players that have a true competitive spirit. The reason for this lack of competitiveness is most of the players in the league today are one and done in college. Therefore, what fans are being forced to watch are young men who are not coachable, lack a competitive spirit and don’t know how to win.

Magic Johnson, Michael Jordan, Larry Bird, are players that spent three (3) years or more in college. Magic and Bird brought their rivalry to the league and it made for great basketball history but we don’t see that any longer.  Michael Jordan won the National Title as a freshmen and he spent two (2) more years in college but never won the title again because it’s hard.  Those additional years give players a competitive spirit; they’re taught how to be a team and how to strive for success against the odds.  NBA fans are forced to watch microwave basketball players.  They’re in college for a hot minute, come to the NBA and perform like freshman college player for years.

They spend more time on social media than they do working on their craft and that’s because they don’t understand the fundamentals of basketball and you only get that from time and coaching. Today’s players are drafted into the NBA and told to use their athleticism to win a championship for a team, well that’s not working very well at all.  Instead, fans are watching teams fall apart if they get behind.  We’ve only seen the Cavaliers fall behind and come back.  That’s because of LeBron James and although he came into the league out of high school he had a different group of players to mimic and that’s why he’s the last of the Mohegan’s in the NBA.

It’s time for league to realize that they have got to put the “genie” back in the bottle or the games will continue to get worst and the game will lose more and more fans.