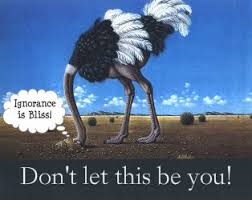 It’s my opinion that NBA owners are more progressive than NFL owners. Some people want to say it’s “old money” versus “new money.”  It is my opinion it’s ignorance vs progression, plain and simple.  As the old saying goes “Ignorance is Bliss.”

It is blatantly evident that the NFL owners decided to blackball Colin Kaepernick because he openly expressed his displeasure with the police brutality taking place in this country against people of color by kneeling during the playing of the National Anthem. The Miami Dolphins chose to hire Jay Cutler, who had retired from football and was a mediocre quarterback at best, instead of giving Kap an opportunity.  The Baltimore Ravens sent a survey to fans and ultimately decided not to hire Kap.  This kind of blatant shunning of a player is sickening.  Colin has not committed any crimes, beaten his girlfriend or broken any laws but because he chose to exercise his constitutional rights, the owners have blackballed him under the guise of “fear of losing” fan support, which is garbage and we all know it.

I never approved of what Colin did, not because I felt that he was wrong but because I knew this would be the end result of not thinking his actions through. At the end of the day, a person cannot do what they want to do on their employer’s dime, without suffering the consequences.  That being said, NFL owners lack the mental fortitude needed to become more of a player oriented league and stand up for what is right.  NFL owners are greedy and don’t really care about the players or the fans.  They only care about lining their own pockets and to hell with everyone else.

Mark Cuban said it best when he was asked to provide his thoughts on the Colin Kaepernick situation, Cuban said: “I don’t know what his status is in the NFL, but I’m glad the NBA doesn’t have a politician litmus test for our players.” “I’d like to think we encourage our players to exercise their constitutional rights….  Cuban’s statement reflects the difference between NBA owners and NFL owners.

I’m going to end this blog with Cuban’s statement because in my opinion that sums it up in a nutshell.