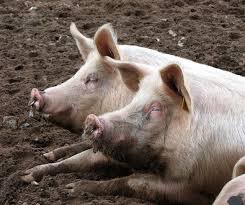 The lack of respect displayed by NFL owners towards fans and players is manifesting itself in a way owners never envisioned in a million years. They’ve continued to increase the cost of tickets, force cities and fans to build new stadiums on their backs without any regard for whether or not it’s affordable.  Most of the fans in a city where an NFL team is located can’t afford to even attend a game, let alone afford the taxes assessed on them so that the owners can try and outdo each other with bigger stadiums because of their greed and egos.

In an article written by Royce Young on March 23, 2014, Mark Cuban made the following statement during a program interview when the conversation covering a number of topics turned to football:

Cuban was referring to the NFL grabbing more television nights and I am going to venture to say that Cuban’s words are coming true. Viewership and attendance at games is significantly down.  The NBA is on its heels and making a strong challenge.  Additionally, football fans are starting to prefer college football more and more now because most NFL games just plain BLOW.  It is my opinion that NFL owners started a smear campaign against Colin Kaepernick to try and explain away the low attendance and viewership by saying Colin Kaepernick’s National Anthem protest has caused low attendance and viewership, give me a break one man doesn’t make a difference in people choosing to watch a football game.  Honestly, most fans don’t care and are much more forgiving than the media and the small minded NFL owners.

At the end of the day, the NFL has saturated the market and in doing so the product that is being produced is awful. Most of the games are not watchable because of the constant general manager and coaching carousel changes. The commentators are horrible and fans and cities are sick of paying for stadiums and getting nothing in return.  It is time for media outlets to write the truth about NFL owners. Media outlets only recently started writing about the Kaepernick situation in a slightly different light because fans have taken to the streets to protest Kap’s treatment by the owners.

We all know that Kap has been blackballed and now the chickens are coming home to roost on the NFL owners. Players on the Dallas Cowboys team are saying that Jerry Jones never told them that they had to stand for the National Anthem or they would not be working for him.  Seriously, what kind of cloak and dagger routine is that about?  He said it but his players are still being bullied by him so they’re running scared.  At the end of the day, the truth will be revealed and he will have to own what he said.  Players in the NFL have been bullied and threatened by the owners for years and it’s time for them to stand up and say enough is enough.  Stop allowing the media to deflect from what the real issues are and Colin Kaepernick protesting police brutality is a deflection.

I enjoy football and recently became a season ticketholder for the Tennessee Titans when I relocated to Nashville because I couldn’t remain a fan of the hapless 49ers any longer, talk about poor management, enough said.