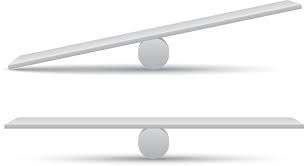 This NFL season has started like a see/saw.  The games are going up and down and up and down. The only undefeated team is the Chiefs and they typically start off like that but falter in the end. In my book, Andy Reid is probably one of the top five coaches in the NFL and he has the ability to develop really good squads but it’s been hard for the Chiefs to get over the hump in recent years.  Hopefully, that will not be the case this year.

I realize fans are saying they are tired of the politics that’s going on in football but at the end of day, the players have a constitutional right to exercise their rights in the platform they chose. The are other problems NFL players need to address with the owners and the two biggest issues are the lack of guaranteed contracts and long term health insurance.  The players really should focus on taking a stand on those two issues.  It is my opinion that their causes have merit and warrant speaking out about but the players have to be careful about how they chose to be heard.  I applaud Jerry Jones for kneeling with his team before the National Anthem, because it showed unity and the Saints followed suit last Sunday.

The media has done a poor job of reporting the kneeling/not standing for the National Anthem. The media turned what Kap did into something negative, instead of placing a positive spin on the matter and highlighting the issue of police brutality against people of color.  However, Kap has to own that he came across angry and in some instances negative, which didn’t help his cause.  I purchased season tickets to the Titans games and no amount of kneeling, hats on or off will cause me to not attend games or burn my tickets.  I don’t care what politics are taking place on or off the field, I paid for my season tickets to see a football game and that’s exactly what I’m going to do, even if I’m the only person in the stands.

I will only analyze a few of the games because for the most part, things have been all over the place the past four weeks.

Patriots vs. Texans – The Texans should have won the game but this came down to experience from Brady and Belichick.

Patriots vs. Panthers – This came down to the Panthers proving to themselves that they can beat the Patriots after their Super Bowl debacle.

Seahawks vs. Titans – Allowing Mariota to be a dual threat will increase the Titans odds of winning. Oddly enough the Seahawks rallied back but the Titans defense held them off.  Russell Wilson was amazing in this loss.

Texans vs. Titans – The Texas manhandled the Titans 57 to 14. The Titans defense must tighten up and Mariota needs to be allowed to play his game.  Stop forcing him to become a pocket passer.  Additionally, the Titans offensive line must create openings for D. Murray.

Week 3 and 4: The 49ers, the Chargers, Browns, Giants, it is what it is.  The 49ers will be changing coaches and general managers in two years.  The Chargers need to return to San Diego.  The Browns should have retained RG3 to help this young kid and the Giants to get some help for Eli.