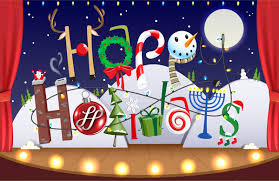 It has been awhile since I’ve had an opportunity to post a blog but that’s not because I haven’t been keeping up with what’s going on in the world of sports.  It’s because I have been doing a sports show Live on Facebook with the Muse and the Assistant each Wednesday night at 9:00 PM, Central Time.  Please check out the show. Now it’s time for some “What’s Going on In Sports”?

Honestly, I found football games to be extremely mundane and not very exciting and a lot of that has to do with the fact that the game has been declining over the years. The games get progressively worst each season and it’s partly due to poor coaching, bad calls by NFL Refs and management of the owners.  As a reminder, the ISH rolls down, not up and a number of these teams are poorly managed by the owners.

Let’s start with “poor coaching”: The team that jumps out at me the most is the New York Giants, honestly Ben McAdoo should NEVER have been hired and Tom Coughlin should NEVER have been fired.  The Giants have struggled for a long time and bring in an inexperienced coach in the hopes of rebuilding a team that was already broken wasn’t going to help the situation in the least.  Eli Manning is a 2-time Super Bowl winning quarterback and to bench him in the middle of the season, when he really doesn’t have any help was just plain stupid and highlighted just how inept McAdoo was as a coach.

There is “poor coaching” and poor decisions made by a coach and that is the problem with most the of teams in the NFL particularly when it comes to the quarterback position. It really annoys me when coaches bench young quarterbacks for making mistakes.  Coaches need to stop listening to the media pundits and allow the quarterbacks to grow into their own.  If they won the starting position, then allow them to play through their interceptions, fumbles, misreads or whatever the case maybe but benching them allow destroys their confidence and ruins careers.  Also, stop blaming young quarterbacks for your inability to find the right people to develop the quarterback or your inability to develop a running game.  Hue Jackson coming out and publicly saying that he’s going to bench DeShone Kizer, who won the starting position, is an example of poor decision making.  What Jackson should have done was allowed RG3 to continue playing and develop Kizer along the way.

The team that gets’ this honor is the Cowboys and that’s because of the antics of Jerry Jones with deciding to kneel with his team then threatening them with termination, if they exercise their constitutional rights. Seriously, he’s absolutely the worst example of a leader.  He should have been a man and continued to show solidarity with his team regardless of the President calling him.  As I’ve said time and time again the NFL has much bigger problems then players kneeling because of the senseless murder of African American men by ignorant, self-loathing, inept police officers.

I’m a season ticket holder for the Titans and the constant calls by the refs make it very difficult to enjoy the game. I am a proponent of ensuring the game runs smoothly and that calls are made to protect players and the integrity of the game but I’m not a fan of nitpicking calls and that’s what’s happening with NFL refs.  I watch a lot of football and it’s the same thing across the League and something has to be done because it’s rendering the game unwatchable.  I’m also suspect of the lack of calls made against the Patriots but that could just be my distain for the team but I digress.

Now that I’m back writing my blog, I’m going to end this blog and encourage you to watch my show, Oneraregrl Live with the Muse and the Assistant on Wednesday nights at 9:00, Central time.