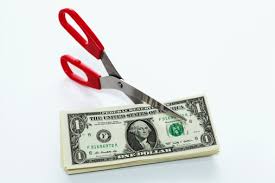 Now that football season is over, and many teams are looking to make trades and/or cut players, the question becomes should a professional football player accept a pay cut in order to continue playing in the league? For instances, the Chiefs traded Alex Smith to the Redskins for a third round draft pick and corner Kendall Fuller.  The Chiefs are looking for a fresh face at quarterback, possibly Patrick Mahomes but will a fresh face be the answer to the Chiefs woes during the playoff but I digress.

Back to the issue at hand and that is should an NFL player we willing to take a pay cut? The Muse says, “absolutely not.”  I’m asking this question, because Dez Bryant is probably on the chopping block and will face this question as will many players not in their prime any longer.  In Corporate America, we’re “at will” employees, which means we can leave a job on our own accord or the company can layoff and/or terminate an employee “at will.”  If that employee has not planned properly financially, he or she could be up the creek without a paddle.  Also, if that employee is being paid a handsome salary, it could be difficult to find a job for the same salary for some time and a pay cut may be necessary in order to continue to live.  If we apply this same scenario to a professional football player, some might say, if he wants to continue to remain employed as a professional football player, he will have to take a pay cut because he’s no longer in his prime.

My argument for NFL players in this situation is to fight to retain their current pay scale. Simply because, of the big three professional sports Baseball, Basketball and Football, football players have the worst contracts, the worst health insurance and it is the most violent sport.  Until NFL players are more on par with the ownership, they should fight for every single cent.  That’s why it’s important for professional football players to be good stewards of their finances because if they’re not, they could be on the unemployment line with no marketable skills.