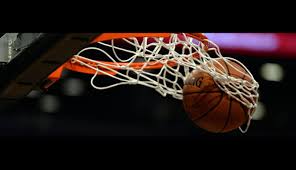 After watching the NBA Playoffs my opinion was solidified even more as to why Lebron James deserves to be named the NBA MVP and not James Harden or anyone else as a matter fact. Let’s look at the ups and downs of the Cleveland Cavaliers this season.

The Cavs started the season with Derrick Rose, who turned out to be a total head case. Isaiah Thomas and Jae Crowder were big disappointments. Isaiah Thomas was out with an injury and when he returned, it’s obvious that he had the Kyrie Irving syndrome. JR Smith, refused to get along with Dewayne Wade, who was nothing but an asset to the team but petty jealousy and the inability to move past Lebron and D. Wade’s friendship fueled that fire. Tristian Kardashian has done nothing but shine a big spotlight on the team with his shenanigans. Tristan nor JR were major factors during the season and their play during the playoffs has been subpar. K. Love and his panic attacks have kept him from being a factor but at the end of day, he’s making millions of dollars and needs to start performing. Kyle Korver can’t play defense or want so if he’s not making 3-point shots, he’s a waste of space on the floor and a none factor.

Luckily, Koby Altman looked at the mess and decided to shake things up and got rid of some of the problems. By doing so he brought in some good young players, who understand the importance of being a role player. However, these new players haven’t totally gotten up to speed but through it all Lebron has placed the team on his shoulders and carried it through the season and now through the playoffs. Lebron has done a lot with a little and that is what an MVP looks like to me.

You can’t say that about James Harden. Harden will collapse every time the spotlight is on him to take the team the next level. He’s not Magic Johnson, who told the team in the locker room when Kareem was out, and the championship was on the line, “No Fear 32 is here.” Harden is not Michael Jordan, who had the flu and was throwing up during a critical playoff game but goes out and gets’ the job done. He’s no Larry Bird, plagued with chronic back pain and is lying on the floor but took hit upon himself to get back in the game and win. Hell, he’s not even Steph Curry so can someone explain to me why Harden or anyone else is being considered over Lebron for the MVP award? Lebron is all of the players I mentioned and more because he’s had to do it alone in a number instances, whereas Magic, Jordan and Bird all had great supporting cast and very good coaches. Lebron has lacked both (i.e. a good supporting cast and a good coach) except for his time in Miami. He’s is averaging 34.1 points per elimination game this playoff series, which is more than Jordan and Chamberlain, he’s averaging more minutes and he’s 33 years old.

At the end of the day, Harden, Curry etc. have other people they can rely on and Lebron has only himself and that’s why he should be MVP.