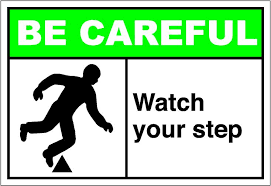 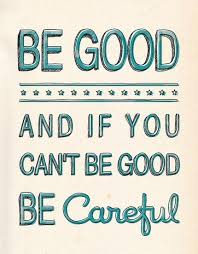 As promised this is Part III of “Baby Mamas: The Underground Economy – Financed by Professional Athletes.”  It’s important that the men and women involved in this cycle of brokenness accept the fact that no one wins in these situations and make a conscious effort to curtail their behavior. The majority of these young men are in their 20’s with little or no life skills on how to be a parent or a partner in a relationship.  The ages of the women can vary.  For instance, Evelyn Lazado is “39” and recently gave birth to a baby boy with Carl Crawford, a 33 year old baseball player.  She lived with Antoine Walker, a basketball player, for a number of years and was briefly married to Chad Johnson, a football player.  She did not have a child with either athlete.  However, she meets Carl Crawford and a baby is born.  In case you’re wondering, Antoine Walker and Chad Johnson had more than one baby mama when they met her.  I will say this, it was wise of her not to have children with either one of these men because it has been rumored that both of them are serial cheaters and abusive.  If the rumor is true, why did she stay with them? Okay, she left Chad Johnson after the head butting incident but he made it clear before they got married that he did not think he could be faithful. Was it an oops with Carl Crawford?  There are no oops when you’re over 18 and dam near 40!!!!  However, it could have been a planned pregnancy, wink, wink.

Most recently, 21 year old La’el Collins, former LSU offensive lineman was interviewed by police recently about the shooting death of his 29-year-old, 8 months pregnant ex-girlfriend in Baton Rouge, Louisiana.  He was expected to go high in the 2015 draft but after this incident his value dropped significantly and he was not drafted.  DNA results have confirmed that he is not the father of the child.  Unfortunately, the baby died.  The murder of this woman leaves a child from a prior relationship without a mother and a family grieving for the loss of their daughter.  My prayer is that this young man is not involved in this horrific crime.  Not another Rae Carruth, please.  As a reminder, murder is not an option for birth control.

I can write all day about how these men should wear condoms and they should.  More importantly they need to be educated on how to spot a woman that is setting a trap for him.  We know that men are visual so it’s rare that thinking comes into play when they are attracted to a woman he’s interested in dating and having sex with.  If they’re only going out for a one night stand, fine whatever blows your skirt up but they have to think about the consequences of bringing an unwanted child into the world.  Men have to learn to control themselves and the women need to have higher standards and not have children because they don’t want to work.

Here are some tips for spotting women that are planning to become a “baby mama”:

If you encounter a woman with any of above qualities, run fast.  Flee, Flee, Flee!!!

Young men, you need to learn to look beyond the physical and engage in intelligent conversations with women you are interested in dating.  There are warning signs and you must adhere to them in order to avoid the pitfalls.  That said, I also understand that some of you don’t have the point of reference or knowledge necessary to recognize the warning signs.  My advice to you is to get a mentor but a good mentor not someone that is your equal.  You may also want to consider therapy to work out your issues with women and relationships.

I understand that men are physical creatures and your brain has the tendency to work differently but you need to train your brain (both sectors of it) to think a little more and not react so carelessly.  Your careless behavior will bring you a result that you are not ready for nor or you equipped to handle.

My dear women, I understand that you want a family but at what cost? Don’t sacrifice your dignity or body for money.  If you find yourself in a situation with a professional athlete you need to be careful as well.  Some of these men can be very charming and give the appearance of wanting to be in a monogamous relationship but that is the farthest thing from their mind and they don’t mind lying to get what they want.  You have too much to offer to allow yourselves to be controlled by a man and his money.  Focus on educating yourself and earning your own money because sooner or later you will have to pay the piper and his fees are VERY expensive.  The piper comes for your self-respect, dignity, self-esteem and sometimes your soul, he wants it all.  Be very careful when setting traps for men because there is truth in the saying “oh what a tangled web we weave, when first we practice to deceive.”

For the women not trying to deceive, here are some tips to help you avoid the pitfalls of dating Professional Athletes:

Ladies just remember you have a lot to offer so don’t sell yourself short.  What’s for you is for you and nothing will change that.  If you have to wait for the right man, wait because you win in the long run.