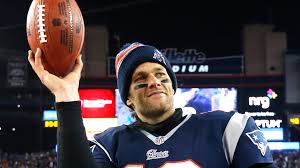 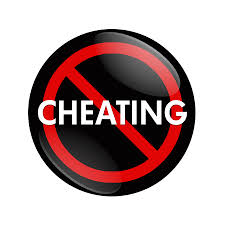 BRADY HOLDING ONE OF HIS DEFLATED FOOTBALLS?

I published several blogs prior to the release of the Wells Report on “Deflategate” because I was certain of what the outcome would be and as I suspected the cheating Patriots are at it again.  One problem I have with the report, is the statement regarding Tom Brady’s knowledge of the situation.  Excuse me, “it is probable that Tom Brady was aware.”  It is more than “probable” that he was aware.  He instigated the entire thing.  This guy is just like Lance Armstrong; he hatched the plan and bullied these low level guys into carrying it out.  The Patriots wins have never set well with me from the first time they won a Super Bowl.  All four of their Super Bowls have been achieved through cheating.

Give me a break we are supposed to believe that men who only wanted shoes and autographed footballs from Brady were the masterminds behind this.  Clearly, they are not the sharpest tools in the shed and it’s highly unlikely they are clairvoyant and were able to read Tom Brady’s mind and know that he needed non-regulation balls in order to be able to throw accurately.  Why does Tom Brady have the telephone number of the equipment manager?  Why did he start texting him after the story broke?  Why did he invite him to the quarterback meeting?  Tom Brady has never invited the equipment manager to the quarterback meeting but the story breaks and he’s invited, really?  The Patriots organization has been built on cheating since the hiring of Bill Belichick and it is time for Roger Goodell to do his job apart from his friendship with Robert Kraft.  When the Patriots used their cheap substitution trick play during the Ravens game and Coach Harbaugh complained, Brady said, Coach Harbaugh should read the rules, well he is a walking contradiction because clearly, the rules only apply to him when they are useful.  Otherwise, he has no use for them.

Roger Goodell has been quick to hand down ridiculous punishment to Ray Rice, James Hardy, Aldon Smith and others for matters happening in their personal lives.  These personal matters do not impact the integrity of the game.  He suspended Ray Framer, the general manager for the Cleveland Browns, without pay for the first four games for sending text messages to personnel during the games, that’s stupid.  He has fined players for wearing Beats headphones, when this is how they supplement their income.  Let’s not forget all of the fines he has leveled against Marshawn Lynch.  None of these matters rise to the level of impacting the integrity of the game.  However, what Tom Brady and Bill Belichick have done and continue to do have a direct and serious impact on the integrity of the game.

Vegas Baby:   When you have places like Vegas where people are betting the odds, this is a very serious matter.  People are losing millions of dollars based on fixed games and that is what’s been happening with Brady and Belichick.  Cheating is cheating, no matter how you slice the pie.  The cheating impacts Fantasy Football and games like this as well.  When are they going to be punished?

Roger Goodell destroyed the New Orleans Saints over “Bountygate” but has yet to punish the Patriots.  When Sean Peyton told Roger Goodell that he was not aware of “Bountygate,” Roger Goodell told him “that ignorance is not an excuse and it’s his locker room so he should have known what was going on,” well that same principle should apply to Bill Belichick.  Also, the fine should be $25,000 per deflated ball, which is eleven (11), plus an additional $1,000,000 for lying and cheating for the fourth time.  Brady should be banned from football or at least suspended for the entire 2015 season and so should Bill Belichick.  This consistent behavior of cheating by this organization has jeopardized the integrity of the NFL.  Neither Brady nor Belichick should receive the gold jacket or ever be considered.

I am tired of analyst saying it’s not a big deal; well it is a very big deal when you’re talking about what’s happening in Vegas, Fantasy Football and other betting venues.  The punishment needs to fit the crime and this is a serious crime.  Roger Goodell needs to take a page out of MLB and Professional Cycling books and throw the book at Brady and Belichick.  Also, the owner of the Saints needs to take a stand against this.  How long are the other owners going to allow this to go on?

The most recent Super Bowl was given to them by Pete Carroll because the NFL did not want Marshawn Lynch to be the face of the NFL and all of us who are true football fans know the call by Pete Carroll was political.  At the end of the day, the Patriots should never have been in the Super Bowl.

It is time for Roger Goodell to stop allowing his friendship with Robert Kraft to cloud his judgment!!! DO YOU JOB ROGER GOODELL OR GIVE UP YOUR 40,000,000 SALARY!!!