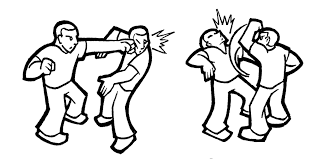 Russell knocking you out!!!

There have been several negative articles written lately about Russell Wilson because this young man has chosen to put himself first and he’s figured out that these NFL contracts are just smoke and mirrors.  It’s amazing that he’s being called arrogant and whiny because he will not bow down to the Machine that is the Seattle Seahawks and the League.

Russell Wilson has been playing for three (3) seasons under the “rookie” salary that was implemented in 2011.  For those of you that don’t know nor bother to educate yourselves, let me hit you with the real deal about Russell Wilson’s current pay.  He signed a four (4) year, $2,996,702 contract, which included a $619,400 signing bonus, $2,996,774 guaranteed, and an average annual salary of $749,176. In 2015, Wilson will earn a base salary of $1,542,000. Wilson has a cap hit of $1,696,868 while his dead money value is $154,868.  Yes, this is more money than a lot of people make but don’t compare his salary to firemen, policemen, janitors or anyone else.  Your comparisons should be to people in like professions (i.e. NBA, MLB).  These kinds of comparisons show your ignorance and your unwillingness to investigate just what a con these NFL contracts are.  By the way, Uncle Sam is entitled to half and another 15% or 20% will go the agent so Wilson’s net pay under this deal when it’s all said and done will be approximately $1,273,629.

Well, guess what?  Russell Wilson’s pedigree speaks for itself and if you educated yourselves on his family legacy you would understand that he is not a man that will allow anyone to take advantage of him.  His late father was a lawyer and is mother is a legal nurse consultant.  He is from a family of educators, successful coaches and athletes.  I’m sure his inner circle is comprised of people that have HIS best interest at heart, BOOM!!!

In case you buffoons have forgotten as you write your negative articles, Sam Bradford, the first round number 1 overall draft pick in 2010, negotiated a six year $78,045,000 contract with $50M guaranteed and he has NEVER played a down.  It was after this debacle that caused owners to start crying foul about dolling out hefty contracts to unproven rookies.   Do you have any thoughts on that?

Are you saying Russell Wilson, who has proven himself, and has won a Super Bowl is not entitled to a better deal? If you are, you are all idiots and should not be allowed to write articles.  That’s my two cents on your inane articles.

5 thoughts on “Russell Wilson Will Not Be Snowed or Bullied!!!!”