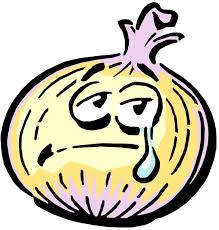 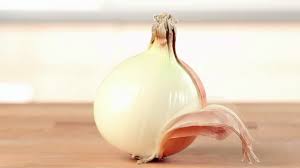 People of are the misguided belief that football players in the NFL make a boat load of money and that they’re being greedy when they hold out for more.  Once I started investigating NFL contracts and comparing them to NBA and MLB contracts I was blown away by the disparity and injustice of the pay scale.  I decided that’s it’s time to peel back the layers of the onion on NFL contracts and show fans what’s really happening to these men.  Honestly, the majority of them are not being paid for the hazardous work they do.  If you are not Tom Brady or Peyton Manning, the money is funny.

One thing to consider is that statics show the average playing career for a football player is approximately three (3) years unless he is a super star and does not receive a career ending injury.  Of the 53 man roster, most fans only know the name of the quarterback, wide receiver, tight end and running back.  There are the Richard Sherman’s and J.J. Watts but they are few and far between.  Football is a violent sport with the highest propensity for injuries of all the professional sports.  A lot of the contracts the players enter into NEVER materialize and the management knows from the onset that they have no intention of honoring these deals.  I will continue to cry foul on the NFLPA because the leadership is poor and is not working in the best interest of the players.

I have said it before and I will say it again, Roger Goodell, the Commissioner of the NFL, is guaranteed a salary of $44,000,000 a year and his head and body is not being busted up.  Keep in mind the $44M is just his salary it is not inclusive of bonuses, which I’m sure he receives.  The NFL is a well-oiled machine, there is no reason to pay Goodell this kind of money and only pay the players peanuts who are putting their minds and body on the line.

Get this:  the NFL team with the highest ticket price for the 2014 season was the New England Patriots so not only do they cheat to win but they rip off their fans, call the Police!!! I CRY FOUL!!!

The NFL 2015 league minimum pay for players depending on their years in the league is as follows:

MLB minimum pay for 2015 is $507,500, years don’t matter because players receive a cost of living increase each year they’re in the league.  Therefore, the league minimum is primarily for players new the league.

As you can see, as the layers of the onion are peeled back, NFL players are not being paid anywhere close to their counterparts in other professional sports.  Please, I know what they’re been paid is nothing to thumb your nose at but put it in perspective, the sport is violent, a lot of them have ended up with early onset Dementia and Alzheimer’s or other debilitating ailments that the average person does not encounter.  Keep in mind you’re looking at “gross” before Uncle Sam takes his cut and the agent.

See how peeling back the onion can make you cry.