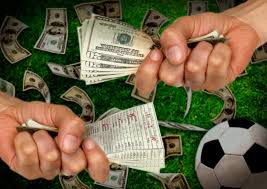 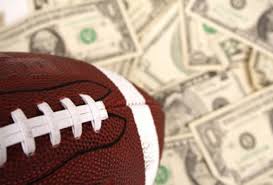 I had to stray for a moment to publish a blog about all things crazy with Shady Brady and the nonsense that is “Deflategate.” However, I am back to continue our education on the ridiculousness that is the NFL Franchise Tag and how it is being used by “Owners” to hedge their bets on signing players to long term contracts and keeping them out of the reach of other teams until they can determine whether or not to sign a player to a longer term deal.

Back to the business of NFL contracts and the “Franchise Tag” and what it means if a player is designated by a Club as a Franchise Player. Let’s look at what the Exclusive Franchise Tag represents for a player. The Exclusive Franchise Tender is a one year NFL Player Contract. The payout for the Exclusive Franchise tag is an average of the five (5) highest salaries in the Player Contracts for the League year as of the end of the Restricted Free Agent signing period. As a reminder, the Non-Exclusive Franchise Tag salary is the average of the five (5) highest salaries for the Players’ position. There are examples in the Collective Bargaining Agreement if you want to see how it works but at the end of the day this methodology takes the negotiations out of the hands of the players and places all of the power in the hands of the “Owners.”  If a player is designated as a “franchise player” regardless of how well he has played, what his contributions have been to the Club over the years, his salary will be based on an average of previously paid salaries so basically the players get screwed with this designation. Additionally, there is no guarantee that the Club will engage a franchise player the next season, which means if the player has not prepared himself financially or is not wanted by another team he is can find himself being an UBER driver.

If the player accepts the Franchise Tag designation, the player’s contract is fully guaranteed, even if the player’s contract is terminated because of the lack of comparative skill; as a result of an injury sustained in the performance of his services under his Player Contract; and/or due to a Club’s determination to create room for Salary Cap purposes. However, there is a flaw in this “guaranteed” provision which is, any contract termination due to the failure of the player to establish or maintain his excellent physical condition will be subject to review of a neutral physician appointed by the parties, whose physical findings will be conclusive in any arbitration proceeding relating to the physical condition of the player at the time of the exam, provided that such exam takes place within twenty (20) days of the contract termination. So there you have it “guaranteed” does not always mean “guaranteed.”

These players have been big contributors to their respective Clubs so why the “franchise tag” you ask? The owners are definitely hedging their bets by tendering the “franchise tag” on high caliber players. Owners designate the franchise tag for several reasons. It could be designated to make room for the salary cap, a player may have been injured over the course of time so it’s easier to pay less money and let the player go at the end of season if he’s not playing up to standard, it’s a way of getting rid of a problem player or they just don’t want to pay the player what he’s worth. Keep in mind football is a very lucrative business and the owners want to keep as much money in their coffers as possible.

In the case of Dez Bryant, early on in his career he had some off the field issues and his passion for the game causes him to explode on the sideline or it could be that when he left Jerry Jones management agency Jones was upset and never got over it so he tendered the “franchise tag,” not expecting Dez and Roc Nation to push back. I must admit I was very impressed with the manner in which Dez and his management team handled the Jones team. Also, it was unfair to do that to one of the best receivers in the League.

In the case of Jason Pierre-Paul, early in his five (5) year career with the Giants he was a formidable pass rusher but a series of injuries and back surgery in recent seasons has diminished his abilities. In addition to his injuries on the job, he is the poster boy for STUPID. He was tendered the franchise tag and decides to play with firecrackers and blew off a portion of his hand. That kind of behavior leaves me shaking my head. Some of these men need to grow up and understand that they are commodities and can’t run of risk of injuries off the field, UGH!!! As a result of poor decision making, he is currently unemployed, idiot!!! Naturally, the Giants are thinking they dodged a bullet by not negotiating a longer deal with Pierre-Paul.

One thought on “The Franchise Tag is a Way for Owners to Hedge their Bets?”