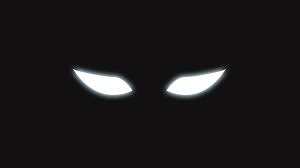 Football season has not even started and the “so-called” sports analysts have already started to vilify RG3. Let me start by saying, I’ve heard all the rumors such as he’s a jerk, arrogant, not a team player and the guys in the locker room don’t respect or like him, blah, blah, blah.

First of all, there are 53 men on the roster, not everyone is going to like everybody so my response to the locker room rumor is; put that into perspective and stop using it as the gospel. If he’s perceived as arrogant, he has to be in order to play the game. You can’t expect him to step on the football field and be timid, do you?

RG3 started his career under Coach Mike Shanahan, whose coaching style was still stuck in the days when he coached John Elway and the Denver Broncos to back-to-back Super Bowl championships in 1998 and 1999. He was regarded as a “genius” on the coaching field. The word “genius” is thrown around far too often when people are just doing their job. In Washington as in Denver Shanahan was running the West Coast Offense, which is the passing game. Why? It gets’ cold as HELL in Washington, so why was there so much emphasis placed on passing the football? The team would have fared better had he developed a running game along with the passing game and allowed RG3 to use his arm and legs at the most opportune time.

It is my understanding that Coach Shanahan is not known for his defensive prowess. Therefore, the offense was probably on the field more often than not. The Redskins offensive line was subpar so it was only a matter of time before RG3 would be injured.  After all, Shanahan wanted a mobile QB or so he said.

It annoys to me to the ninth power that these so-called sports analysts are just writing RG3 off, when there are a number of QBs that have come back from injuries. For instance, Peyton Manning and Tony Romo had back surgery but they were not written off. Carson Palmer has shifted from team to team and has never really lived up to his Heisman Trophy win but you don’t see the “so-called” analyst writing him off and saying that he’s done. Carson Palmer is 35 years old and will be 36 in December, so what’s up?

RG3 is 25 years old and still has a lot of football left to play, if he is put in the right system with the right coach. Coach Shanahan should never have been hired by the Redskins because he was still living in the nineties and had no idea about how to coach a player like RG3. NFL teams have got to stop hiring all of these old has been coaches and be willing to take a gamble on younger coaches who know how to coach the players coming out of college today.

OMG, these coaches are still hanging onto the pocket passer under the guise that it prevents the QB from getting hurt. That is absolutely horse feathers and you know horses don’t have feathers. If that were true, Peyton Manning, Tony Romo and even Aaron Rodgers would not have been injured. That is all smoke being blown by these old coaches so they can continue to be hired when they have been fired for being ineffective by another team. It is time to send these coaches home and take a chance on more modern and progressive thinking coaches. It’s interesting that these analysts are kinder to Sam Bradford, who was a total bust. Bradford received a $50,000,000 guaranteed deal and has done absolutely nothing to deserve it. He changed the game alright; he made the owners so mad that a rookie pay scale was instituted.

You so-called analyst can be kind to Sam Bradford but you don’t want to give RG3 a chance because some of you feel he fancies himself Peyton Manning. It is highly unlikely when RG3 wakes up in the morning and looks in the mirror he says to himself, “Hey I’m the next Peyton Manning.”