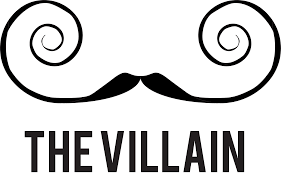 Don’t you just love when someone comes out and makes a statement that is meant to destroy a person but they do it under the guise of anonymity? Well, this is what’s happening to RG3. Apparently, one of the offensive coaches of the Washington Redskins stated to the media that RG3 is done. My question is if you believe that RG3 is done; why are you hiding under the cloak on anonymity? BE A MAN AND SHOW YOURSELF!!!!

Coach Gruden, it is your job to make sure your staff toes-the-line. No one on your staff should be allowed to make negative statements about the team’s franchise quarterback or any other member of the team without your prior approval. You have been given the opportunity of a lifetime by Dan Snyder. Although, you have never been a head coach for an NFL franchise it speaks volumes to the confidence the Redskins organization has in you. Therefore, as the head coach there is an expectation that you will work with RG3 to ensure that he grows into a winning quarterback and not fall victim to the vile media. He has already proven that he processes the abilities and skills necessary to be a winner. However, without your support and the support of your staff you run the risk of destroying this young man’s career.

RG3 is only 25 years old and still has a lot of football to play. You know as well as I do that football is hard and it’s even harder to build a winning franchise when the media places a target on a players back and just continues to vilify that player for no reason other than gaining headlines. I appreciate the fact that the Redskins organization broke with tradition and did not hire one of the coaches that has been on the NFL coaching carousal. It is time for NFL teams to take chances on new coaches who can bring different ideas, schematics and change the game by adapting to the players coming out of college. Stop forcing the players into these antiquated schemes, develop new ones.

The seven seasons you served as an offensive assistant with the Tampa Bay Buccaneers should be a good foundation for you but you still have an uphill battle especially if you don’t shut the media down about RG3. You and Dan Snyder need to come together and show a united front and let it be known that RG3 is the teams’ quarterback. Additionally, I highly recommend that Doug Williams becomes RG3’s mentor. I realize RG3 may have misspoken on occasion but he’s young and young people make mistakes but the media will take a statement made by a player and scrutinize it until it takes on a life of its own. In light of the fact that you’ve being given this opportunity, you need to stand firmly behind RG3 and let the vile media know that he is the quarterback for the team and you’re supporting him.

Additionally, you need to find out who on your staff is out there making these negative statements and give him the boot because that kind of behavior is unacceptable, unprofessional and has no place in the locker room.