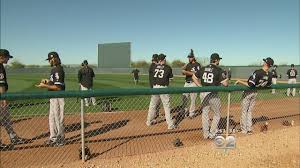 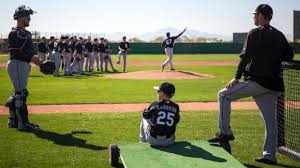 According to reports Adam LaRoche left $13,000,000 on the table when he chose to quit his job with the White Sox’s because Kenny Williams, the Executive Vice President asked him not to bring his 14 year old son to his work with him on a daily basis. Is this man an adult or what?  There is not a job in America, unless you are a teacher and your child attends the school you teach at, where it’s okay to bring your child to work with you every day.  Professional athletes need to understand that regardless of the sport, it is still a job and should be treated as such.

I am appalled that Adam LaRoche felt entitled enough to do that. There is a liability involved with having children in the work environment.  What if the child is hit by a ball or accidentally knocked down and injured?  Do you think LaRoche would say “that’s okay” he should not have been in the way.  My bet is he would try to extract a pound of flesh from the White Sox organization for his kid’s injury.

The entitlement mentality displayed by some of these professional players never ceases to amaze me. As for the other players on the team who were contemplating “boycotting,” the owner should have said, please do so and every player that participates in the nonsense should be FIRED.  I have NEVER heard of such inane, unprofessional behavior.

The owner, EVP, coach and GM need to have a come to Jesus meeting with the players and communicate in no uncertain terms that “going forward” no one is to bring their child to work without the express permission of the GM, president and coach and if anyone does so without approval, expect to be suspended and/or ultimately fired for insubordination in conjunction with the Collective Bargaining Agreement.  The owner should be in attendance to remind them that they work for him and that he signs their paychecks not vice versa.  He should tell them when they have their own team, feel free to do whatever they please but as long as they work for the White Sox organization, they will abide by the rules or they can leave of their own free will or be let go.